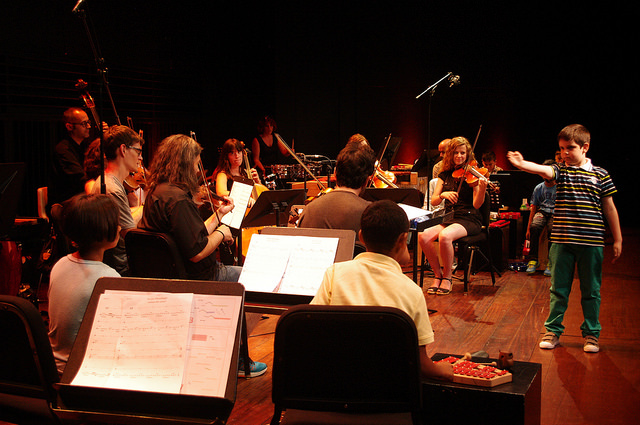 Integrasons is a non-profit association which intends to organize, manage and promote activities focused on social, cultural and community integration, as well as provide awareness and education for people in disadvantaged groups and situations of social exclusion.

Mission: enrich and transform children’s and youth education, employment and morals, through teaching, creativity and communal music practice to strengthen social cohesion in the neighbourhood.

Vision: to be a model of pedagogical excellence for socio-educational projects that contribute and positively influence the transformation of children and young people, the educational and social centres, the family environment and the social cohesion of the city.

Objectives: create a children’s and youth orchestra which functions as a socio-educational model for social inclusion, multicultural dialogue and social cohesion.

Scroll to top
We use cookies on our website to provide you with the most relevant experience by remembering your preferences and repeat visits. By clicking "Accept", you agree to the use of ALL cookies.
Cookie settingsACCEPT
Manage consent

This website uses cookies to improve your experience while browsing the website. Of these, the cookies that are classified as necessary are stored in your browser, as they are essential for the functioning of the basic functionalities of the website. We also use third-party cookies that help us analyze and understand how you use this website. These cookies will be stored in your browser only with your consent. You also have the option to opt out of receiving these cookies. But opting out of some of these cookies may affect your browsing experience. Read More
Necessary Always Enabled